"I have traveled the length and breadth of this country and talked with the best people, and I can assure you that data processing is a fad that won't last out the year."

The editor in charge of business books for Prentice Hall, 1957.


“I think there is a world market for maybe five computers.”

“There is no reason anyone would want a computer in their home.”

“Almost all of the many predictions now being made about 1996 hinge on the Internet’s continuing exponential growth. But I predict the Internet will soon go spectacularly supernova and in 1996 catastrophically collapse.”

“Two years from now, spam will be solved.”

Engineer at the Advanced Computing Systems Division of IBM, 1968, commenting on the microchip.


"So we went to Atari and said, 'Hey, we've got this amazing thing, even built with some of your parts, and what do you think about funding us? Or we'll give it to you. We just want to do it. Pay our salary, we'll come work for you.' And they said, 'No.' So then we went to Hewlett-Packard, and they said, 'Hey, we don't need you. You haven't got through college yet.'" 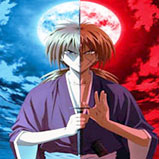