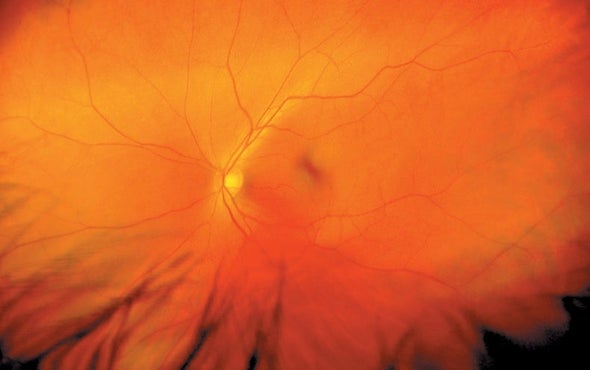 Close-up of the retina in a human eye Credit: stanley45/Getty Images

Few biological facts seem as irrevocable as brain death. It has long been assumed that when we die, our neurons die with us. But a new study on the neuron-packed tissue of the eye is beginning to challenge that dogma.

In the new work, researchers restored electrical activity in human retinas—the light-sensitive neural tissue that sits at the back of our eyes and communicates with our brains—from recently deceased organ donors. This achievement, reported in Nature, offers a better way to study eye diseases such as age-related macular degeneration, a leading cause of vision loss and blindness. It could also lay the groundwork for reviving other types of neural tissue and perhaps—one day—for retinal transplants.

Most retina studies are done in animals, primarily mice. But mouse retinas lack the macula, a key region found in human eyes that picks out fine details, so they are not an ideal model. Human eye tissue from autopsies often takes hours to obtain and is dead before scientists can study its function. But what if you could revive it?

When Yale University researchers showed in 2019 that rudimentary electrical activity could be restored in pig brains after death, University of Utah vision scientist Frans Vinberg, Scripps Research retinal surgeon Anne Hanneken and their colleagues were inspired to study whether retinal tissue could also be restored postmortem.